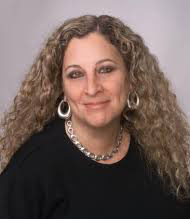 IDW is pleased to announce author Rebecca Sive as our keynote speaker for next month’s convention, who will talk about how women can run winning campaigns.

Rebecca is the author of the forthcoming book (August 2013) Every Day is Election Day: A Woman’s Guide to Winning Any Office, from the PTA to the White House, a practical and inspirational guide for women at all stages of life who want to achieve public leadership and be influential voices on public policy.

The book is the basis for Rebecca’s speeches and workshops that shows women how to surmount public barriers, conquer private fears, and run winning campaigns—with joy, humor, confidence, and no apologies.

In a no-nonsense, woman-to-woman style, the book offers advice and strategies for women’s daily lives as advocates, candidates, powerbrokers, and publicly-engaged corporate and philanthropic leaders.

A past member of the Illinois Human Rights Commission, Rebecca has been a corporate executive; a leader of many public-interest organizations, including NARAL: Pro-Choice America; an adviser to other women leaders, including some whose stories her book shares; and among organizers of women’s issues agendas for presidents Carter, Clinton and Obama.

Rebecca began her professional career at the American Jewish Committee, founded one of the nation’s first women’s centers, and has served as a foundation director and officer. Developing and leading programs to increase women’s visibility and influence, her unwavering goal is to advance women’s economic security and reproductive autonomy, so that all women may achieve their professional goals and dreams of public leadership.

In recognition of her leadership, Rebecca has received many awards, including distinguished achievement awards from her undergraduate alma mater, Carleton College, and the University of Illinois, (from which she received an M.A. in American History), the United Negro College Fund, Jaycees of Chicago, and the YWCA of Metropolitan Chicago. She is listed in Feminists Who Changed America, University of Illinois Press (2006).

Every Day is Election Day provides tips for realizing the power of sisterhood; bankrolling oneself; creating an inimitable brand; making local victories national; overcoming negativity; and getting men to accept a take-charge personality.

If you have any questions for Rebecca, you can email her here.