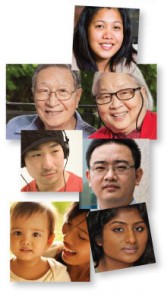 A new report from Pew Social Trends shows Asian Americans prefer an activist government, approve of President Obama’s job performance, are satisfied with the direction of the country and identify with the Democratic rather than the Republican Party.

However, their political views are similar to those of the general public on two high-profile social issues—homosexuality and abortion.

When it comes to participation in the political process, Asian Americans are also distinctive—but for a different reason. Because about three-in-ten Asian American adults are not citizens and are therefore ineligible to vote, the group’s voting rate falls well below that of the general public. According to the Pew Research survey, about half of Asian Americans say they voted in the 2008 presidential election. By contrast, 67% of all U.S. adults say they voted that year, according to the U.S. Census Bureau’s Current Population Survey.77