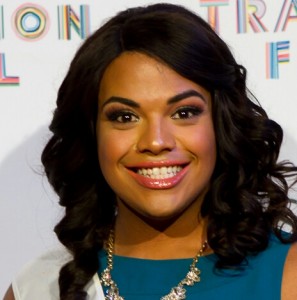 Chris King, a Galesburg native, grew up
appreciating her community for its spirit. She attended King Elementary School and Lombard Middle School and graduated from Galesburg High School in 2012. King is presently employed as a veterinarian technician with Animal Medical Center.

Her passion for animals led Chris to work with the City of Galesburg to improve its animal codes. Her commitment to civic engagement resulted in an appointment to the Galesburg Community Relations Commission in 2016.

At a young age, Chris learned the meaning of hard work and patience due to her mother’s physical disabilities. She learned to adjust and think of new ways to tackle hard issues.That attitude carried over into King’s adult life, and Chris now applies her skills in various ways throughout the community.

Chris is an active member of Galesburg on Track, a community revitalization project supported by the City of Galesburg and the Galesburg Community Foundation. She is committed to empowering residents so they can voice their concerns and work toward positive, city-wide change.

Prior to public engagement,Chris was involved in the Galesburg arts scene. She worked for the Prairie Players Community Theater and served as board treasurer for the Galesburg Community Chorus. Chris also mentored children at The Performing Arts Academy and contributed her artistic talents behind the scenes. Currently, Chris sings at First Lutheran Church and sits on the Inclusive Faith Committee, which created Safe Space – a social outreach group for young adults.

King hopes the various roles she has embraced since her teen years will encourage other young community members to step up and assume leadership positions. Chris believes that community drive and passion will help shape a better future for Galesburg.