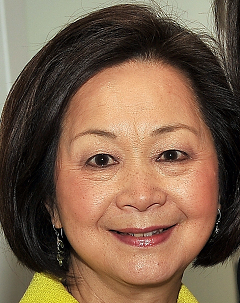 On October 30, community leaders, state leaders and union members gathered together to discuss the effects that the so-called reforms that Governor Rauner is pushing would have on the DuPage County area. Former Midwest Regional Director for the U.S. Department of Labor Women’s Bureau, Nancy Chen articulated the effects on women. Her remarks are included below.

I am here today to provide a voice for working women in Illinois. For 14 years, I was honored to be the Midwest Regional Director of the U.S. Department of Labor Women’s Bureau. The mission of the Women’s Bureau has been and still is to improve women’s working conditions, to advance their employment opportunities and to close the wage gap. The Women’s Bureau has always recognized the importance of unions to help working women reach economic equality.

Based on these statistics, I believe Governor Rauner’s Turnaround Agenda taking away public employees’ right to collective bargaining is particularly detrimental to women. You see, women comprise over half the state and local government employees in the fields of teaching, nursing, health and child care services. These are what we traditionally called “pink collar” jobs that paid less and offered fewer benefits. Through collective bargaining, women workers in these fields can now earn a decent living for themselves and their families.

The Governor is holding the state budget hostage for his Turnaround Agenda, using that as an excuse to slash the childcare assistance program and the community and home health care program for low income workers. Most of the workers who need affordable child care are women, and many are single parents. They don’t make 57 million dollars as the Governor did last year. In fact, they make one tenth of one percent or even less of what he makes. Without the child care assistance, these women would not be able to afford to go to work or have to cut their hours of work to care for their children.

In addition, many child care and community and home health care providers are also women. Their jobs are eliminated because of the budget cut. I call the Governor’s agenda an anti-women, anti-family agenda. It seems that the Turnaround Agenda is literally for the Governor to turn around and cut the Illinois State budget on the back of working women and their families.

On a personal note, I want to mention that when I came to this country almost 50 years ago as a student from a rather authoritarian state, I was greatly impressed by the democracy practiced by the government and by the people. Workplace democracy depends on the workers’ right to collective bargaining. It dismays me a great deal that 50 years later, we are seeing our elected officials working to demolish this democratic process that has distinguished America from many authoritarian states. This must not happen in the State of Illinois.