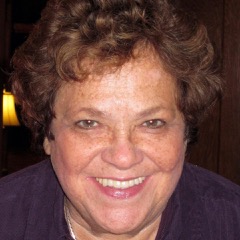 Carol Ronen served in the Illinois State Senate from 2000 until she retired in February, 2008. Carol was honored to represent one of the most ethnically and culturally diverse areas in the country that includes the Chicago neighborhoods of Edgewater, Andersonville, Bowmanville , Uptown, Lincoln Square, and Rogers Park.
Prior to her service in the Senate, she served seven years in the Illinois House of Representatives. The focus of her work in the Illinois General Assembly included fierce support of Nurses, commitment to human rights and equality and advocacy on behalf of children and child safety. Legislation she passed focused upon early childhood development; health care; violence prevention; and protecting human rights…including a woman’s right to reproductive choice.

During her tenure in the Senate she Chaired the Health & Human Services Committee where she helped author and pass legislation guaranteeing healthcare to every child and universal pre-k to every four year old.

She also Chaired of the Labor and Commerce Committee, where she led the successful effort to increase the minimum wage in Illinois and pass the Equal Pay act which increased the number of women covered by equal pay protections and provided for strong state enforcement.

In addition, Ronen was the lead senate sponsor of the Illinois Human Rights act, landmark legislation protecting Illinoisans from discrimination based on sexual orientation or gender identity. Passage of the bill culminatied12 years of work and fulfilled a personal commitment she made when she first ran for office – to extend equal protection to Illinois gay, lesbian and trans-gendered citizens. Illinois was one of only five states in the nation to pass such sweeping protections.

Senator Ronen was been one of the most steadfast supporters of Illinois nurses. From her first year in the general assembly she championed the need to expand access to quality health care by greater utilization of Advanced Practice Nurses (APNs). She was the sponsor of a 1996 bill that allowed APNs to establish practices in Illinois.

Carol is an active player in Democratic politics at the local, state and federal level. She is the 48th Ward Democratic Committeeman and a member of the Cook County Democratic Party. She is also the Democratic State Central Committeewoman for the 9th Congressional District where she helps to shape the Illinois Democratic Party Platform and slate statewide candidates. At the national level Carol is a member of the Democratic National Committee, representing Illinois in the process to select a Democratic nominee for President. She is a pledged delegate for Hillary Clinton and looks forward to being part of the process to elect the first woman President.

Helping women get elected to office is a driving interest. To further this goal Carol helped found Women’s Voices, Women’s Votes, an Illinois state political action committee that supported the election of progressive Democratic women in the Illinois General Assembly and she is a founding member and on the Advisory Board of Illinois Women in Leadership, a group which mentors young women who seek to run for office.
Carol holds a Master’s Degree in Public Administration from Roosevelt University and a Bachelor’s Degree in Political Science from Bradley University. She resides in Chicago’s Edgewater Neighborhood and she is a lifelong Chicago Cubs fan…this may be the year!