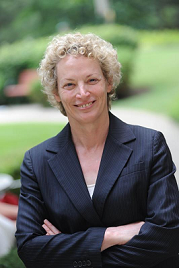 Needless to say, the last few months have been a challenge in Illinois state government.  It appears that Governor Rauner has all along been pushing toward government shut down – and now he has what he wants.  Before he will even consider negotiating a budget, he has demanded that the General Assembly pass a number of the items on his “Turn Around” agenda.  The policies he is pursuing will do nothing to help us balance our state budget and are, in fact, completely unrelated to the budget.  This is an unprecedented and unwelcome tactic.  Former Republican Governor Jim Edgar has been very public in his statements that he never held the budget hostage for non-budget  matters.

The stakes are too high and the collateral damage is too painful to continue on this path.  But it gets worse.  The policies Governor Rauner is pursuing are very similar to those pushed by Republican governors in other states.  We need look no further than our neighbor to the north, Wisconsin, to see the impact of those policies.  Wisconsin is currently “enjoying” a $2.2 billion budget deficit and, since 2000, that state has experienced the largest drop in average wages of any state in the country.  In Kansas, the Republican legislature is fighting with the Republican governor because the tax cuts that were designed to stimulate economic growth (sound familiar?) instead resulted in massive budget deficits.  The last thing Illinois needs are policies that result in bigger budget deficits and more loss for the middle class.

I am hopeful that cooler heads will prevail and we can come together to solve our immediate problems.  The Governor and the legislature will have different ideas on how to balance the budget. But with dialogue and compromise we can get there.  For the good of all Illinois citizens, we must get there.