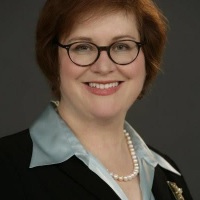 Over the past week, Governor Rauner has taken action to undo, at least in part, some
of his shortsighted, wrongheaded actions that have slashed jobs and devastated families across Illinois.

In a move that Rauner’s staff has called a “compromise,” Rauner last week signed an executive order that could restore State child care subsidies for many low-income families. That move came in response to statewide outrage over his unilateral decision to deny child care support for some 70,000 Illinois children.

By “compromising,” Rauner is still leaving thousands of children ineligible for the care their working parents had been counting on. And his “compromise” is too little, too late for thousands of parents who have been forced out of work over the past few months because they no longer had access to safe, affordable, reliable child care.

Similarly, Rauner has proposed a “compromise” on his announced plan to cut state-supported in-home care for 34,000 low-income seniors and people with disabilities. Under Rauner’s plan, the State would have dramatically increased the Determination of Need (DON) score required to qualify for assistance. The DON score is used to calculate a person’s level of disability – how much help is
needed to complete the ordinary tasks of daily life, such as getting out of bed, getting dressed, eating, and using the toilet. The higher the score, the greater the need.

Rauner had (again unilaterally) decided to raise the DON score needed to qualify for state-supported assistance from 29 to 37, which meant that someone who is wheelchair-dependent could be considered “too able” to qualify for a few hours of help each week.

Not surprisingly, Rauner’s move to deny services that allow people with disabilities to live independently in their homes drew screams of outrage throughout the state. It also was unlikely to gain the required approval from the federal government, which provides the lion’s share of funding for these programs. So Rauner announced another “olive branch” that restored the original DON score (although he made other changes that would reduce access to some types of care.)

Over the next few weeks, you’ll be hearing from various pundits congratulating Rauner for “compromising” and criticizing the General Assembly for failing to “meet him in the middle.”

But remember this: You’re not offering a compromise when you stop doing something that’s wrong and hurtful to others. You’re just taking the first step – maybe – toward doing something right.

It was wrong and cruel for Governor Rauner to use people with disabilities and low-income working families as hostages in his fight to extort anti-union concessions out of the General Assembly in return for a workable State budget (now nearly five months
overdue.)

So it’s a good thing that Governor Rauner is now finally beginning to release his “budget hostages” in the face of widespread, bipartisan outrage.

But beware of anyone who tries to tell you that the Rauner’s actions have earned him the right to muscle legislators into passing new laws that are bad for Illinois.

In my family, we call that “rewarding bad behavior.” And we don’t do it.