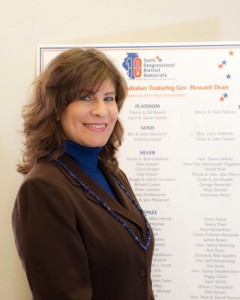 by the Hon. Lauren Beth Gash

When President Roosevelt signed the Social Security Act in 1935, it was a first step.

Future lawmakers tweaked the Act and it became the most successful anti-poverty program in history.

When President Kennedy signed the Equal Pay Act in 1963, he called it a “first step” and said that more remained to be done. Unfortunately, in the intervening 50 years, precious little has been done. In 2012, women still earn substantially less: 23% less for white, 36% less for African-American and 46% less for Hispanic women.

The first bill President Obama signed, The Lilly Ledbetter Fair Pay Restoration Act (which the Bush Administration had blocked), was a step in the right direction – extending the time limit to sue for discrimination.

The Paycheck Fairness Act addresses the shortcomings of the Equal Pay Act. Republicans in Congress say they support equal pay for equal work, but when it comes to enforcing that thought, they sing a different tune. Republicans generally don’t like anything that requires corporations to treat workers fairly. So naturally, they oppose an Act which would actually put teeth into the original law.

The Paycheck Fairness Act gives women a number of enforcement tools to get the pay they deserve.   It allows women to sue for damages, stiffens penalties for equal pay violations, forces employers to show that differing wages are based on factors besides gender and bars retaliation against workers who disclose their own wages or question their employer.

It’s ridiculous that in this day and age, women must still fight this battle. But fight it, we must. We need people in Congress who will fight WITH us, not against us.

For example, the 10th Congressional District in Illinois must re-elect first-term Democrat Brad Schneider. In 2012 Brad won his seat against incumbent Tea Party-supported Robert Dold and became the first Democratic Congressman in 30+ years to represent the 10th district. But Dold has returned for a rematch, and women cannot afford Dold.

The choice is stark.

Congressman Brad Schneider sponsored the Paycheck Fairness Act. And is cosponsoring the Reauthorization Violence Against Women Act. And is steadfast in supporting a woman’s right to choose. Dold claimed he’s pro-choice but voted for the 2011 Protect Life Act, AKA the “Let Women Die Act,” it would have allowed hospitals to refuse an abortion even to save the woman’s life.

Republicans have done all they can to block the Paycheck Fairness Act.

Historically, turnout among Democrats is significantly lower in non-Presidential election years, and that’s how Republicans skulk in to take Democratic values hostage. We cannot let that happen.

To keep moving forward, we need to vote for Democrats like Brad Schneider who share our values and will fight for us.