‘Women In Politics’ Panel At U of C 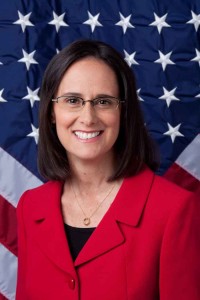 A record number of women were voted into the U. S. Senate in 2012, which is being labeled by some political pundits as “The Year of the Woman.”

Illinois Attorney General Lisa Madigan is among panelists who will take a look at  the impact women are having on politics and public policy among other issues on  Wednesday, May 8 from 6 to 7:30 p.m. at International House Assembly Hall University of Chicago, 1414 E. 59th St., Chicago.

Not only did voters send a record number of women to the U. S. Senate, they helped elect a Democratic caucus that is majority non-white male for the first time in the history of the House of Represenatatives.

Issues that directly affect women, from economic opportunity and education to health care reform and reproductive rights, emerged as driving forces in the 2012 campaign.

From the debate over Sheryl Sandberg’s “Lean In” to Anne Marie Slaughter’s “Why Women Can’t Have It All,” what affect are these trends having on the challenges, opportunities and expectations facing women leaders?

You can register here to reserve a spot at this exciting panel discssion.