Rep. Bustos Another Voice In Congress 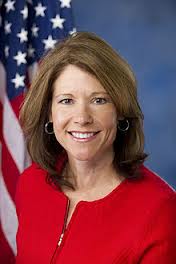 For those of you who don’t know me, my name is Cheri Bustos and I represent the 17th District of Illinois in the U.S. House of Representatives after being elected last November. My district is a diverse one, stretching from Rockford to the Quad Cities to Peoria and everywhere in between.

Like many of you, I am a working mother. I raised three boys in the same house in East Moline where my husband Gerry and I still live. I started my career as an investigative journalist for the Quad-City Times and spent 17 years reporting on crime, city government, health care, and other critical issues. Later, I moved to health care and focused on improving both the quality and accessibility of our health care system. It was during this time that I decided to deepen my role in public service and run for office.

I ran for Congress because I saw that Congress’ priorities were upside down.  Instead of looking out for working families like those in our region, Congress was more concerned with protecting the special interests and Washington lobbyists.  I think it is time lawmakers concentrate on those they have sworn to represent, and that is what I intend to do.

I am honored to be the first woman to represent the 17th district and be a part of one of the most diverse Congresses in history. The 113th Congress includes 78 Congresswomen and 20 female Senators.  While this is great progress, it’s not enough. With women making up half of the American population, we need to represent more than 18 percent of Congress.  Just imagine how much more functional Congress would be if women made up half of its members?

As a Congresswoman, my first priority is to listen to the middle class families of our region and fight for them day in and day out.  Whether it be creating jobs, growing our economy, supporting our small businesses or standing up for women’s access to health care, equal pay for equal work, and stopping violence against women, I’m committed to doing what is best for the people of my district.

Democratic women throughout Illinois have done a great job supporting women running and winning public office.  We currently have three women representing Illinois in Congress, Congresswomen Jan Schakowsky and Tammy Duckworth, along with myself.  And if Cook County Chief Administrative Officer Robin Kelly wins the special election in Illinois’ 2nd Congressional District in April, we’ll have four. We’re also fortunate to have Lisa Madigan as our Attorney General and Sheila Simon as our Lieutenant Governor.

I know IDW will continue to advocate for the women of Illinois and to make sure you have a voice on both the state and federal level. Thank you again and I look forward to staying engaged with you.