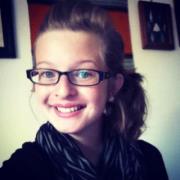 It’s 2012, yet women’s health is being threatened by bad legislation, the percentage of women in Congress stands at an appallingly low number of 16.8 percent and women politicians are still judged on what they look like rather than what they have to say.

This country needs more young, Democratic women to be ambitious, to step up to the plate and to say, “I’m going to run for Congress and no one can stop me!”

Over the years, I’ve been asked hundreds of times what I want to be when I am an adult. Usually, kids answer that they want to be a doctor, an artist, a chef, a fashion designer or a simple, “I don’t know yet”.  My answer since fifth grade has been a Congresswoman. I learned what a Congress member was and all the duties they had, and I knew this was the answer for me.

Many thought that this was a phase, but it certainly wasn’t. I am going to be a high school freshman this upcoming school year and I still want to be a Congresswoman. Now, you may ask, why a Congresswoman? I have plenty of reasons and I’m glad to tell you why!

The percentage of women currently serving in Congress is 16.8 percent. That number doesn’t quite satisfy me enough. Illinois only has TWO women representing the state — one is a Democrat and one is a Republican. That statistic is outrageous to me.

Also, so many things still need to be done in Congress for women.  The ERA needs to pass, the Violence Against Women Act needs to pass, women need and deserve equal pay, etc.  All of these things need to be done by women. You cannot have these pieces of legislation pass and get signed into law by just having men vote for them. Women need a say in this, too – especially because these bills have to do with women.

That’s the biggest thing: Women need to stand up and recognize that we DO have a say on bills and laws that affect us. This is 2012. Women have a voice.  We also have a choice to use it or not. But, guess what? We really DO need to use our voices.

How often do you hear about young, Democratic women that are teenagers getting involved and having an interest in politics? Yeah, I know what your response is:  That’s a rare thing.  I understand, because I am a young, Democratic woman teenager myself. Rarely do I see young women my age out helping campaigns and doing things for campaigns, such as organizing meet and greets, going door to door, etc. Also, I rarely see young women my age going on Facebook and Twitter talking about the issues that face America and how we can solve this country’s problems. But, I have to say, the most important thing I rarely see is young women saying they want to run for office.

I always question why many teenagers are not involved in politics. I have been giving it some thought and here’s why: Turn on C-SPAN. You see old, white, rich men EVERYWHERE. They’re in hearings, on the House and Senate floor, in hallways, at press conferences, etc. They’re EVERYWHERE. No wonder teenagers don’t like politics – it’s filled with boring, old, white, rich men! So, that’s the perfect reason for us to get involved! To shake it up a bit, is how I like to put it. Nothing stands out more than having young, Democratic women get involved in politics.  We’re different from the rest of the crowd and variety is FABULOUS to have in politics.

So, what do you say? See if there’s a qualified, Democratic woman running for office in your area and go help her campaign. Pick up a newspaper or maybe turn on MSNBC for a little bit and learn about what’s going on in the world. Try to even read Hillary Clinton’s memoir and read about how she got started in politics and how she got to where she is today.

I am certainly ready. Are you?